Who Even Does THIS?! Luka Doncic Is INSANE

Look at this absolutely mind blowing shot by Luka. Shot clock running down, and the dude pulls off the most casual step back from waaay downtown with a hand in his face. Unbelievable.
And he did the same thing against Jayson Tatum on his way to 36 points on 63% from the three point line. An amazing 7 of 11.
So this reminded me of something that nobody mentions when it comes to Luka Doncic.
And we need to talk about it. What up everybody my name is Stefan and this is Heat Check. Let’s get into it.
Before getting to that, let me break down a few more of his amazing plays from last night since he was spectacular.
He killed Boston with this behind the back snatch into a stepback on multiple possessions and the Celtics defenders just couldn’t find an answer for it.
But it wasn’t just scoring. You need to see this wild pass by Luka. On the high pick and roll, he gets trapped, and as he’s trying to get away from it, he actually dribbles towards a triple team. However check the poise and the patience, as Doncic takes a glance at this moment and locates Porzingis alone in the corner. So as he jumps for that pass, KP signals at the same time that he’s going to the rim. So Doncic makes an adjustment mid air and sends the pass to the basket, a nice catch by Porzingis and the dunk. Incredible.
This was just 1 of his 5 assists of the night to go along with 8 rebounds, as Doncic continues to have yet another great all around season with averages that are pretty close to a triple double.
But let’s get to the main topic of this video.
When you look at his 3 point shooting this year, it’s 37.7% which is not bad by any means, especially for someone taking 8 of them per game. It’s a good percentage. But nothing more than that. However when looking ahead towards the playoffs, we need to account for 1 key thing.
Looking at this statistic it all becomes clear. For some reason Luka started this season pretty slow shooting the ball, with an abysmal 9.5% in the 4 games Dallas played in December, following that up with 33% in January. Which, believe it or not, would be his career high number even if it only stayed at that. Yup! When you see his stepbacks and flashy 3’s and game winners, you could be deceived into thinking that he’s a better shooter from downtown than his 32 and a half and 31 and a half in his first 2 years in the league.
But let’s put all that aside and focus on how Doncic is raising his form to a whole new level these past 2 months and shooting a blistering 43 and a half percent in both February and March.
Of course culminating with this 7 of 11- 3 point barrage that he had against Boston.
And when asked about all of those tough shots, he kept it fun with his answer.
So as we’re slowly getting closer and closer to the postseason, it’s important to keep in mind that Luka is playing out of his mind, shooting lights out, oh and btw, the best shooter on the Mavericks hasn’t even played a single game for them.
Of course I’m talking about JJ Reddick who came to Dallas at the trade deadline.
And as I said in that previous video, he will be a huge weapon for this team in terms of filling in what they lost by trading Seth Curry, and providing great floor spacing for both Doncic and Porzingis to operate and play their game.
Let’s just hope that Luka can keep up this high level and that the Mavs can make the playoffs in the West that much more interesting.
Hey I’m 600 subscribers from half a million and I wanna celebrate tonight, so if you haven’t subscribe, baby! Talk to you in the next one, peace out.

Cat Comes Tomorrow Pred 2 dnevi
The best shooter on the team is Luka.

Brian Yong Pred 3 dnevi
Luka Doncic is not mind blowing. He gets so lucky sometimes. I mean he shot under 20% at the start of the season. Luka Doncic is NOT INSANE AT ALL!

lolifapptor Pred 5 dnevi
and yet he still cant win, so who cares?

Wendigo Pred 6 dnevi
you didn't account for the difficulty of his shots.

cruz quijada Pred 7 dnevi
You call that shit insane???? Go back to the 90 and you see was is insane basket.

Dževad Bayraktar Pred 8 dnevi
Since you like this player (and yeah he is great) its pronounced Dončić not as Dun... (o is always o in most languages you never change it like in english) thus to illustrate maybe word DAWN would equal Don but o is short in Dončić. (also č = as in word chai tea and ć as in word which) But, I get you as even TV announcers in the US do not pronounce it correctly (probably you got it from them) and they should as they pronounce his name all the time.

Casual Gaming & more by Kigama Pred 8 dnevi
May be the best white player ever to played this game.

c10674 Pred 8 dnevi
hey dude, a swish is only a swish if it hits nothing but net, yours hit the backboard, try again

salvatore bartolomeo Pred 9 dnevi
Even his defenders start running the other way while the shot is still in mid air.

Daniel Slack Pred 9 dnevi
He had 8 turnovers though...

Greg Bors Pred 9 dnevi
Luka is a great player but shouldn't have started over Dame in the All-Star game this year. But that's fan voting for ya

Pamplona Christian Pred 9 dnevi
honestly, this Luka Wonderboy is the most entertaining to watch. He's so fun to watch, his no-look passes are very rare. He is so damn unpredictable. You can't see what he's going to do next which made me choose to watch him on TV over curry and giannis

Ermis A. Pred 10 dnevi
I learn a lot of things where i don't learn to my team

Ermis A. Pred 10 dnevi
I love this videos

Christian Caballero Pred 11 dnevi
I like ya cut G

Carlos Liwang Pred 11 dnevi
Not to mention most of his threes comes off the dribble. Luka will get that .40 from deep next season. Improve his freethrows a bit, then skip is out ammo and will have to start recognize lukas talent and potential top 10 best player ever.

Sale CNC Pred 11 dnevi
You watch all the videos? Or you have people watch for you too?

ANDREW MCKISSOCK Pred 12 dnevi
You rule Stephen bro! Greetings from Zurich, Switzerland! Coolest voice i ever heard and amazing content, videos and editing! Fire bro! 🔥🔥🔥 Thank you for making this Luka Doncic journey more of a thrill than it already is! 🙏

Patrick Bautista Pred 12 dnevi
been here since day 1 man. Happy to see you reach the 500k mark! you deserve it 👏🏻

Eric Hamilton Pred 12 dnevi
Hilarious that several teams passed on him and traded him... How stupid. I knew ATL was gonna regret that move.

Its Blurry Pred 12 dnevi
Trust me

senior banzaime Pred 13 dnevi
That was a lucky shot 😁😁😁😁

Tokisakis LTLeague Pred 13 dnevi
This guy is insane. I still can't believe it. Like ... u can open Wikipedia .. and if u don't know who Luka is what he has done or how old is he. You check his highlights and awards and at the same time, you check his age. Bro Watafak.

Goran Krstev Pred 13 dnevi
Can you make a video for the Blazers pls. You can do that for your countryman 🇲🇰 , don't you?😉😆

Martin Mena Pred 13 dnevi
I love Luka and my hometown is Dallas. And he's gonna be a legend one day. But Luka still needs to mature 🙄 and not let his passion get him techs (granted refs nowadays are such pussies) but Luka needs to adjust.

Mark Kurent Pred 13 dnevi
2:40 his answer actually made sense he's still pretty new to the NBA and the his confidence wasn't that high.

Svedo Pred 13 dnevi
No one finna talk about kleber’s shooting tho??

warriorbin Pred 13 dnevi
0:59 this is the moment that sets your channel out apart from other basketball YT channels, where they simply called this a 'bad pass from luka', great catch, presentation and analysis stephan. #HEATteamstandup

Mully Gully Pred 13 dnevi
Gratz on the half mill subs dude!! One of the best in the game for sure!!

João Vaz Pred 13 dnevi
Being a guy from Portugal, i was actually fortunate enough to see this man murdering the Celtics live, and i will never forget it... He just didn't give chance man, what a BEAST!!!!

The Defender Pred 14 dnevi
Some players do this though.... but in 2k

Josko Jansa Pred 14 dnevi
Luka flipped something in his head, at age 3

Mattstack 911 Pred 14 dnevi
Luka is a generational talent. He will take over the league when Lebron retires

H2 D2 Pred 14 dnevi
He makes his own shots and almost all of them are hard shots-contested step backs,so 38 percent is in fact great shooting if you consider the circumstances.

jjj Pred 14 dnevi
Imagine luka is a murican, maybe he is in the GOAT conversation now. But he is not , so Queen james is always the queen.

Lalambz Pred 14 dnevi
i guess they better make him take layups instead now...

theSUBVERSIVE Pred 14 dnevi
For some reason? Players were told the season would be back only in 2021, but then, TV partners wanted it earlier so they rushed it and started on Christmas.

Antonio Baptista Pred 14 dnevi
Luka is only going to get better. For sure one of my favorite players to watch.

John-Sebastian Barrera Pred 14 dnevi
Congrats on hitting 500k! 🥳🥳 I've been watching you for over a year now. You deserve it dude. Congrats once again

JC Capistrano Pred 14 dnevi
I realize that shot form can be equipped in 2k. 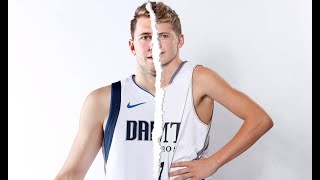 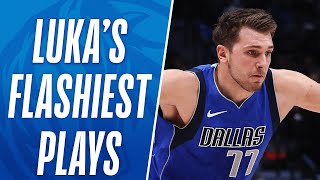 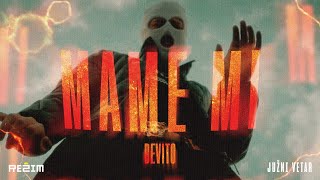 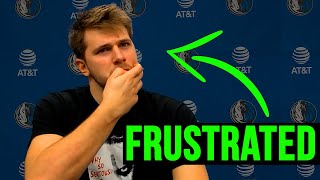 3:49
Luka Doncic Is FRUSTRATED! This Is Why
Heat Check
Ogledi 73 tis. 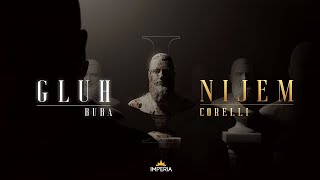 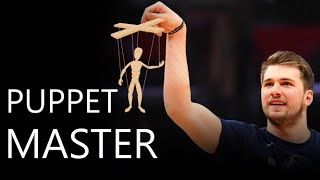 07:54
How Luka Doncic Manipulates Defenses - 7 Of His Most Deceptive Plays
Drawing The Defense
Ogledi 95 tis.

08:03
When An NBA SUPERSTAR Wants To Be Like JORDAN CLARKSON...
Heat Check
Ogledi 504 tis.

3:49
Luka Doncic Is FRUSTRATED! This Is Why
Heat Check
Ogledi 73 tis.